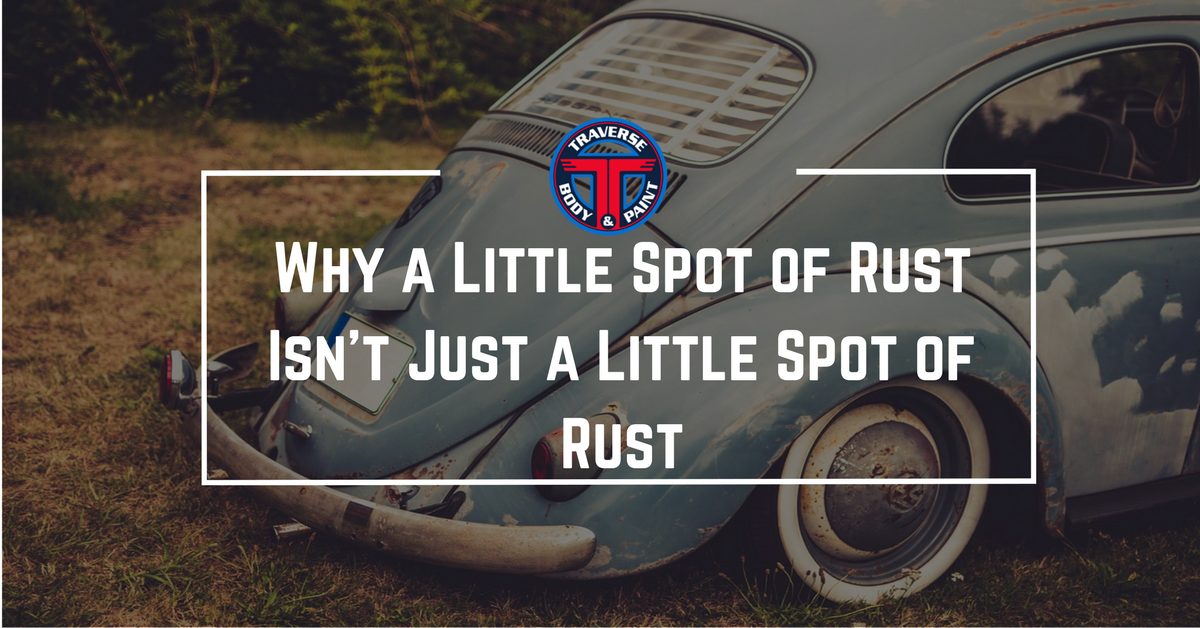 Rust is one of those things that is unavoidable for all cars in northern Michigan. Eventually, rust is going to appear. But just a little spot of rust is fine, right? You may think so, but time and time again a little spot of rust on the body of your car is a sign that there could be further damage underneath or inside your car. Luckily, we’re here to educate you on what exactly is behind that small rust spot.

How Do Cars Get Rust?

There are many contributing factors to why cars rust. First and foremost is the weather. The weather in northern Michigan is quite temperamental, and you can truly experience all four seasons in one day. A combination of water and humidity pose problems regarding rust on your car. Going from wet to dry humid air leads to rust. This is because the metal in your car acts as an anode and a cathode. The water acts as an electrolyte. With a combination of metal, water, and humidity, your car develops rust. If you’re interested in learning more about the science of rust click here.

Another contributing factor to rust is salt. As you know snow accumulates rapidly in the winter here in northern Michigan. Fortunately, the snow removal trucks are typically pretty good about cleaning up the snow and keeping the roads safe. With that being said though, they do use salt as an agent to melt ice. The salt hitting the under carriage of your car will over time cause rust damage.

Often people will see a small spot of rust on their car and don’t think much of it, but a small little rust spot is just the tip of the iceberg. Typically hiding behind that small rust spot or hole is a water-logged panel where there is a significant amount of rust. The reason for this is because of the amount of water and salt the underside is exposed to is much greater than the exterior of your car’s body. Therefore, taking a large toll on the underside of your car.

How to Fix These Rust Spots

If you look up quick little rust patches or fixes online, you’ll find a lot of results. Unfortunately, doing a quick outer fix is only like putting on a band-aid. It won’t address the real issue. The only way to properly fix the problem is to cut the panel or hood or wherever the rust spot is and replace it. In some extreme cases, a new whole panel or hood might be required. So, before you decide to just put a band-aid on your car, think about the impact and long-term significance that the temporary solution will have on your car. 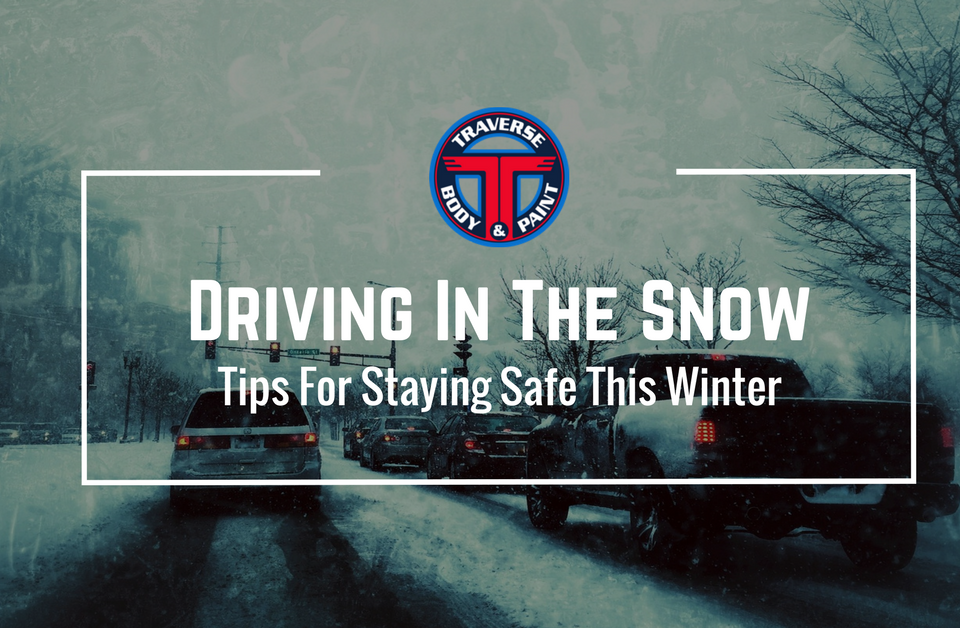 Driving in the Snow: Tips for Staying Safe this Winter 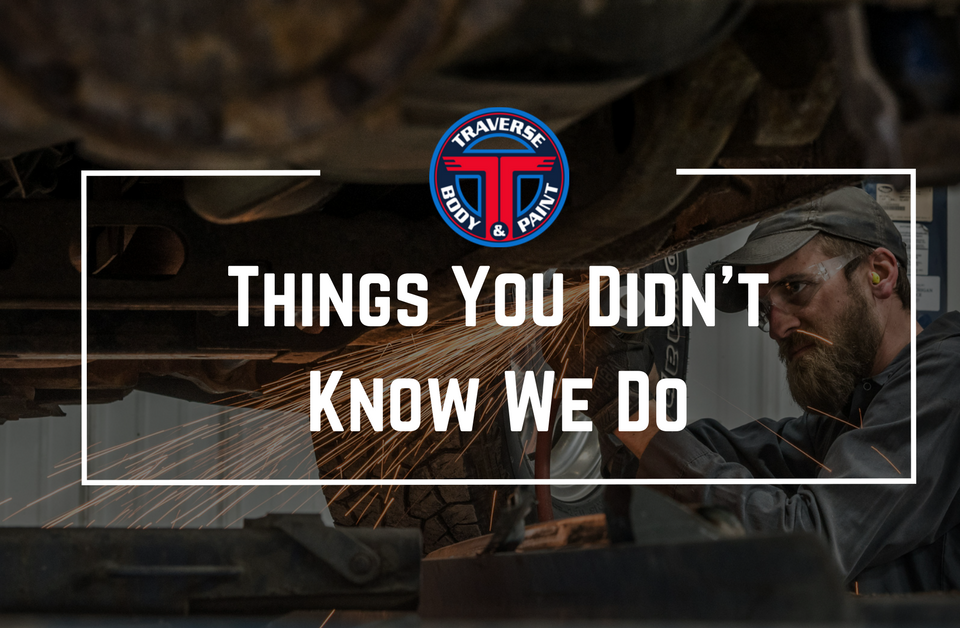 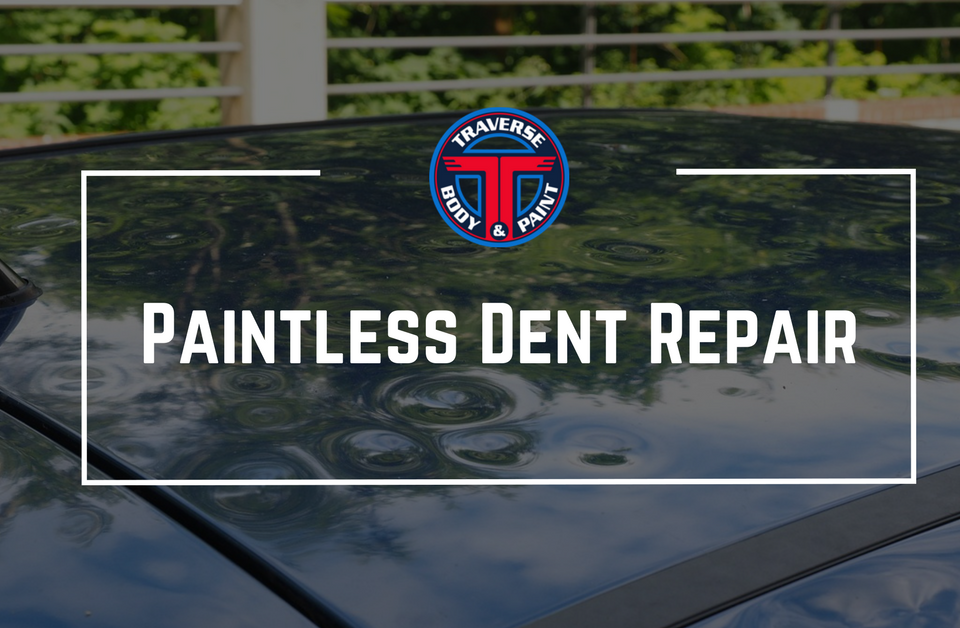